All Saints’ Day is getting closer and it’s fraught with danger!

Happy Halloween from the InstallAware Team!

InstallAware is no stranger to double standards and hypocrisy:

So it is super easy for us to empathize with the following:

And for comic amusement:

May all these double standards and hypocrisy end for once and for all – for everyone!

The following article does a good job of explaining why allegations of Kurdish genocide are completely off the rails:

Having a poor lobby to push your interests doesn’t make a country genocidal!

My favorite is this one with a Turkish F-16 pasted perfectly right beside a woman trying to shield her children, as if in a scene out of 2005’s War of the Worlds: 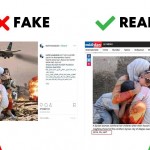 Its like Dave Gahan says, people – don’t let us down:

Back in 2007 I spent quite possibly what was the happiest month of my career, upgrading Borland’s newly sprouting CodeGear from InstallShield to InstallAware.

It was a dream come true in every sense of the word – working with my heroes and legends, the people who made Delphi possible, who maintained it, and who kept it at the bleeding edge of Win32 programming technology.

These were people who were underpaid, overworked, underappreciated, and most definitely, miraculous in their abilities to keep Delphi afloat despite ever increasing uncertainty; and despite the relentless mismanagement of a legendary product and foundations so solid, that they still stand today despite all efforts to sink them from within and without.

It was a challenging month. Fortunately, InstallAware rose to the challenge, and at the end of the 30 day consulting contract, we delivered on schedule, and on budget.

Then I got pulled in to a room by Borland Human Resources. Yes, the same department responsible for letting Anders Hejlsberg go to Microsoft more than a decade ago (as of that time).

The lady who pulled me in had curious looks and manners, as if I was about to get fired.

She closed the door to her room and gingerly approached me, as if about to broach a matter of State Security.

She told me that she could not pay me, because I was an illegal resident in the US; having spent my last seven years in hiding after my work permits ran out…

To this day, I have no idea how she came up with this conclusion – and it is still hard for me to reflect charitably on this matter, as evidenced by the title of this post.

I explained to her that her company had just migrated to InstallAware Software, and that I was representing InstallAware Consulting Services; where I was legally employed.

In fact, I added that I had ample evidence contrary to her assertions; the most obvious being all those funny little stamps on my passport indicating my dates and ports of entry and exit to and from the US.

I frankly do not recall how the meeting ended, other than my shock at how Borland HR was risking alienating a brand-new partner on the eve of such a critical software stack upgrade.

I never saw that lady again, but Borland did pay InstallAware for the Consulting Services its founder had personally rendered for a key partner on-site – after getting scans of my passport stamps.

Yes, turns out, they were serious with the charges they were making. I wonder how they ever let go of the suspicion that the passport and stamps may have been forged, which I’m sure must have crossed their brilliant minds.

In hindsight, it makes total sense that Borland ended up being acquired by a graveyard company. With HR like this, it is a miracle that Delphi survived them at all!

I suppose this could serve as a cautionary tale to other companies: Make sure you staff your HR department with the right people!

Lest they hire the wrong people, and suddenly, imbeciles run amok…

InstallAware X10 made the headlines (thank you, SD Times):

o Save the world billions of clicks: Our new Single Click installers, inspired by MSIX packages; prove our setups are the easiest. Of course, build MSIX packages too, if you’re into that sort of thing.

o Precision Windows configuration: Select your features (and server roles) from a “Turn Windows features on or off” fashioned UI, precisely configuring every single Windows version with 100% accuracy.

o New Plug-In specs: For the first time in 15 years, plug-ins may now register as download handlers for the setup engine – the new Multi Part Download File plug-in shipping inside the box, for example.

o Full-stack Microsoft: Azure DevOps Services integration is the latest entry in our breakneck pace of support for Redmondian frameworks and technogies, such as TFS, Visual Studio, .NET, SQL Server…

Check out all these great benefits no other installer can even remotely match: